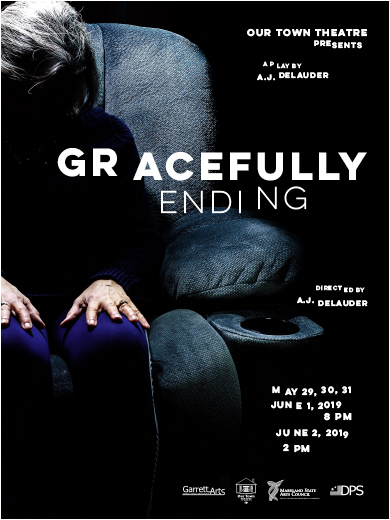 Set in 2009 amidst the Appalachian Mountains of West Virginia, Gracefully Ending depicts, through flashback, the tale of Beth Fuller, a divorced and recently fired bank clerk facing homelessness. Beth’s only son, Andrew, has become emotionally distant ever since she refused to bail him out of jail, so Beth finds herself trying to move in with her ailing, widowed mother, Margret, under the guise of protecting Margret from falling down late at night.

But Margret doesn’t want help, and the two begin feuding, especially after Beth learns that Margret believes she sees her late husband, Hank, in the house. In desperation, Beth calls on a doctor to declare her mother incompetent and even enlists Andrew for support.

A fight quickly builds between the two women, much like the early season snowstorm outside, and soon both find themselves faced with the same ultimatum: Ending gracefully requires ending with love.